In a cross-pollination of subcultures, my first exposure to the UFO community is via Eric, the train enthusiast. He seems elated that somebody is finally showing interest in the information he has spent years gathering.

“The Tall Whites and the Greys are the two alien races that come to earth most often,” he explains. “They use gravity waves to get here and take nutrition through their skin”.

This was a bit much for me. I needed to find a more cynical access route into this world – a slightly less paranormal phenomenon; one experienced by more than… a select few. After a few weeks of deliberation, I find the answer; crop circles.

There have been roughly 6400 crop circles recorded in over 60 countries since the mid 1980s. The circles have been a mystery since the first was sited, with multiple theories existing as to how and why they are made, including freak weather conditions, fairy ritual, witches, the landing marks from alien aircraft, or messages from another planet/ dimension.

In 1991, ‘Doug and Dave’ announced that they were the hoaxers behind the UK crop circle phenomena, creeping into fields at night and using a system of boards, ropes and tape measures to make the incredibly complex geometric patterns.

Although most in the ‘cereologist’ community accept that some of the circles are manmade, they claim to be able to tell the difference between a manmade formation and an authentic one. The general consensus is that to enter a field undetected, construct a circle of enormous complexity and geometric accuracy, without leaving any marks of human involvement, is simply impossible.

A new crop circle appears over night in Devises so I head straight there. A group gathers in the circle, some doze, others meditate. There is an exciting atmosphere of curiosity, but the hairs on the back of my neck don’t stand up and I don’t feel the sort of ‘energies’ I had been promised by the books I had read on the subject.

Despite my lack of ‘feels’ in the crop circle, I am open to the idea that there are other intelligent life forms in the universe – heck, maybe they even visit us once in a while. So I am unfazed when I attend an Exopolotics (“the militant wing of UFOlogy”) conference in Leeds, aimed at those who have made up their mind that UFO’s exist and are ready to move onto the question – what next?

On the first evening we are given a talk by Stephen Basset, a full-time political activist focused on ending the 67-year ‘truth embargo’ that Western governments keep around the ET phenomena.

“Why are we being denied the truth?” he exclaims, banging the table in frustration.

Stephen is campaigning for ‘Disclosure’ – a formal acknowledgement from the government that they are aware of an extraterrestrial presence engaging with the human race. He believes it will happen by February 2015.

“How many people in this room believe that the UK government isn’t telling us the full story about the phenomena?” he asks expectantly.

Every single person in the 100-strong room raises their hand, including me (ever the chameleon).

Between the talks people gather to discuss their alien contact and abduction experiences. Many are striking in their similarity.

“I was pinned down onto the bed, pressed in,” one grey-haired chap says.

“Me too!” another guy walking passed joins their conversation, now five people strong.

Over lunch I interview Sarah and Kevin, both of whom are alien ‘contactees’ in their 40’s. Sarah is a chemistry teacher and Kevin manufactures plastics.

“Something happened that I can’t explain,” Sarah tells me. “But I can’t tell anyone, it would be suicide for my job”.

“They were in my bedroom. I felt this hand behind my back and it woke me up. I lay there and thought, shit, there is a burglar in my house, I’m going to be raped. Nothing happened so I opened my eyes, and there was a fucking Grey at the bottom of my bed… it was tampering with my feet”.

“Do you ever get marks on your veins?” he shows me a photo of his arm covered in bruises and red marks

I find it disturbing and ask, tentatively, why no-one in the public eye is writing about this.

“It’s all silenced” Sarah says. ”If you speak you lose all respectability, you lose your life”.

“I don’t worry about it any more”, Kevin says. “The more you fight it the more it hurts you… There is a loud high-pitched noise when it starts, then you are paralysed and a light comes up from the floor – it’s like you are in poly-tunnel, in some sort of bubble – then a face looks at you… It’s usually three in the morning.”

Kevin shows me a picture of an alien he has drawn on his phone.

“This is the sort of thing that comes to see me, ET looking thing but wider, about that tall” – he puts his hand at about four foot – “the skin is brown and wrinkly… This one time, I thought there were a lot of blond women around me, and I could feel someone playing with me, you know, down there. Then I realised I was in pain, and that these blond women are actually little men. But you only see what they want you to see”.

“Yeah, they put a false memory on you” Sarah says.

“Did they take you onto a spaceship?” I ask.

“Oh yeah, been there loads of times – a room with no corners, all lit up, but no lights”.

“The only way I can explain it is like milking a cow”.

“They are taking your bits – your spermy things,” Sarah screws up her face and turns to me. “It’s one of the theories of abduction; they call it the hybrid programme. They think it’s something we have, perhaps emotions, that they want. So they breed with us”.

I am in shock. “What do psychologists say about all this?” I ask.

“Oh you don’t go near them,” Sarah says. “You can’t. They’ll put you on all sorts of pills and call you mad”.

I take out my iPhone and google it. Most psychologists classify the abduction phenomena as a mix of ‘suggestibility, sleep paralysis and psychopathology’.

Stephen looks at me, “Why would I make this stuff up? It makes me sound like an idiot!”

He has a point… 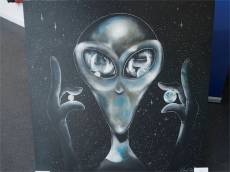 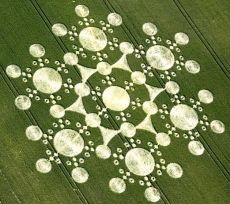 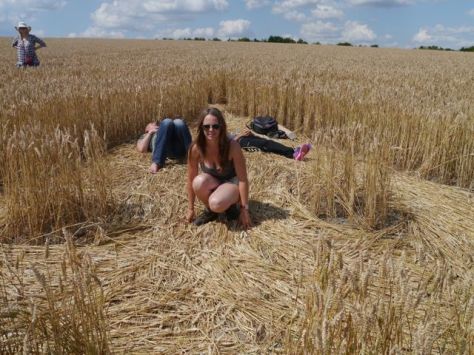 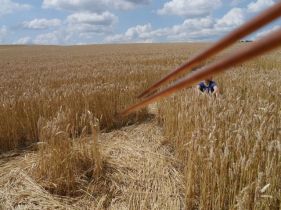 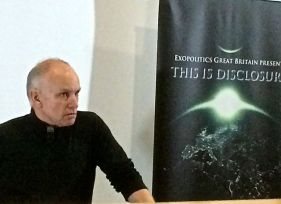 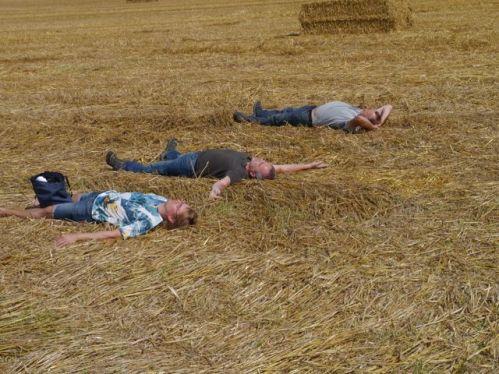 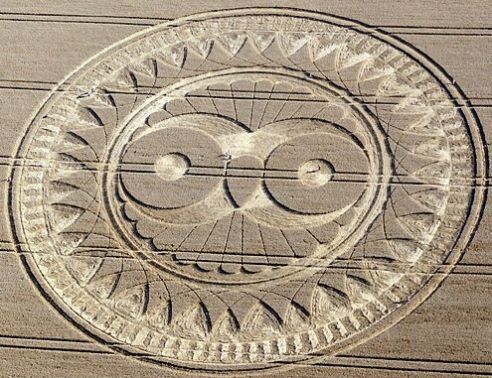 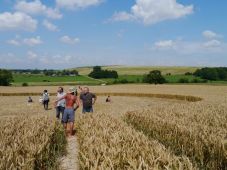 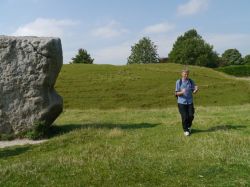 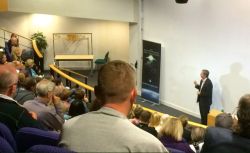 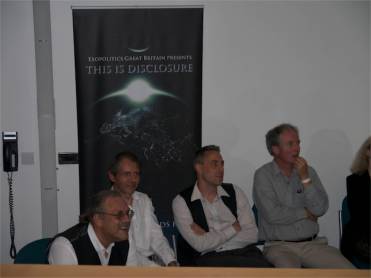 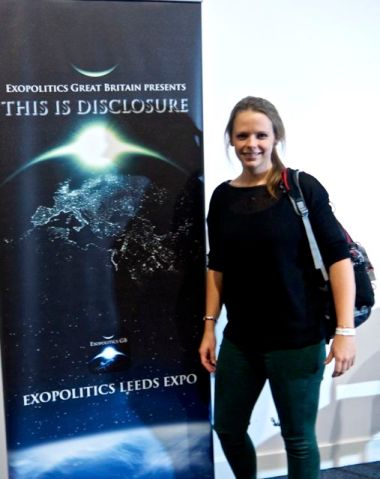 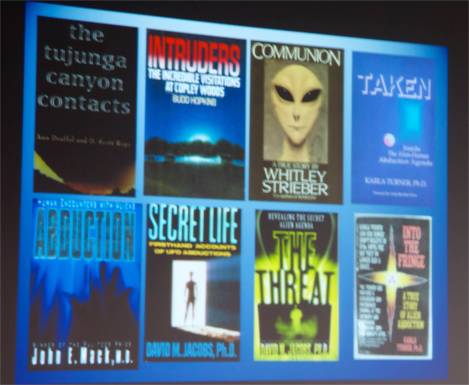 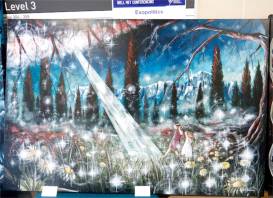 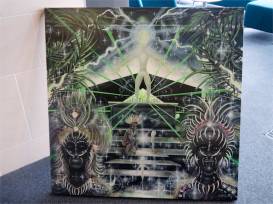 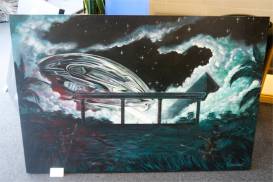 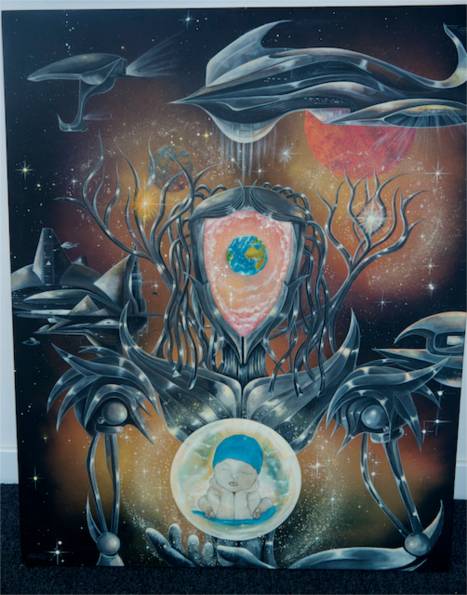 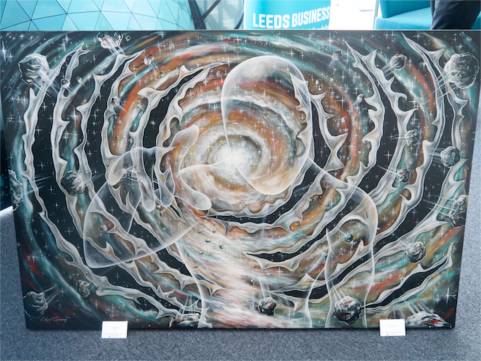 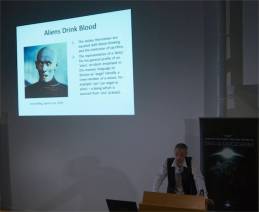