I can’t begin to articulate how difficult it is to explain the world of LARP to a non-LARPer. The intricacies of the game run so deep it took me four days to even scratch the surface. So before I give it a whirl, a disclaimer – you may end up more confused at the end of this than you did to begin with.

OK … Have you ever watched a Fantasy film, like Lord of the Rings, and thought to yourself, I wonder what it would be like to live in that world? ‘Live Action Role Play’ gives you that opportunity. While its origins are in ‘table top’ role-playing games, such as Dungeons and Dragons, LARP is acted out as if it were reality.

A typical LARP draws ‘factions’ to gather in a wooded area ­– in this case a scout camp in BUCKS – to play out a pre-constructed plotline, which is drip-fed to the players over a weekend. ‘Time in’ starts at 10am and ‘Time out’ is at 2am, providing 16 hours a day of in-character role play within the camp.

Each ‘faction’ in a LARP represents a nation with its own characteristics and moral code. Within each faction there are many different races; beastmen, dwarves, elves, goblins, ogres, orcs and trolls; with a minimum ‘phys rep’ (physical representation) that any player must adhere to– for example – elves must have pointed ears and goblins must have a greenish brown skin colour.

After unpacking my tent in the ‘Out of Character’ (OOC) area, a friendly chap called Dave shows me around the ‘In Character’ (IC) forest. Each faction has a gate, heavily guarded at all times in case of attack, leading to a path. Sounds come from speakers in the bushes; light effects and smoke from dry ice machines. I am warned against walking alone at night.

Larping weapons are made from latex coated on a carbon core. Lightweight and spongy, they’re safe to fight with. There is a point count for each ‘location’ – head, torso, limbs – and every time a player receives a hit they lose a point, like in a computer game. When their points reach zero they go down onto their ‘death count’, from 120 to 0. If they manage to count all the way down without being healed by someone with the requisite magical skills, their character dies and they have to create a new one.

My first task of the weekend was to create my character with the help of my designated faction, the Lions. You are given 20 points and a shopping list of skills to pick from, each one with an associated point cost, such as Projectile Weapon (6), Literacy (2), Magic (6) and Potion Lore (3).

After about 30 minutes of confused debate with my fellow Lions, I am pleased to reach 20 points and head to GOD (Games Organisation Division) to register my new character; ‘Storm of the Albion forest’.

It is 15 minutes before ‘Time in’ and I am in my costume; leather leg guards, jodhpurs, an over-sized canvas shirt, a scabbard, a belt housing a sword and dagger and a leather character cardholder.

The High King calls all of the Lions together (about 100 in total) for the opening ‘parliament’. The place is really coming to life for me now; the costumes are so professional. I feel like an extra on a film set.

“Will those of you who are new to the Lions please step forward and introduce themselves,” the King roars.

A few of us step forward and he looks at me. My voice is shaking as I speak “My name is Storm of the Albion forest. My Queen – ”, I turn and look at Queen Cersei (my friend Gill from TitanCon), “– has taken me in to teach me what it is to be civilised. I am a hunter. Please come and find me if I can catch anything for you”.

“Well met. Thank you Storm”, the King says, moving onto the next person.

I take a much-needed breath. I have no idea what is expected of me and feel very self-conscious.

After the opening speech I am taken to the IC Tavern, the Crimson Moon, which sells beer, mead and fruit wine. On the way we bump into all manner of characters; centaurs, warriors wearing huge animal skins over their shoulders, sand people in yellow robes.

Night falls and things get even crazier, as monsters run riot through the camp, attacking, mugging, enchanting, cursing and kidnapping the players.

Our first attack was from a lady with bedraggled hair and a white face. A referee walked passed and whispered ‘fear’ into my ear. I had been told what to do if this happened, and duly ran away screaming for 30 seconds. I ran, and ran deeper into the darkening forest. When I ‘came around’ I had been spotted by a group of Goblins. They looked at me, cocked their heads to the side and started to walk over. I was backed against a tree. Nowhere to run.

“What’s this ‘ere then?” one of them said, pushing to the front of the group and sniffing the air menacingly.

“A lion. Saw ‘er come from down there”, another pointed back in the direction of our camp

The goblins had green faces and red eyes, wearing cobbled together rags. When the air sniffer pulled out a gnarly looking weapon and walked towards me, I didn’t have to act being scared. Instinctively, I drew my sword, then decided the best course of action was to run for it. Heading straight at the group and pushing them aside, I felt a thwack in my back as one of the goblins squealed in rage.

“What was all that about?” I asked Corporal Jonny Diamond (Dave) back at camp.

“Lady Fear and her minions”, he said, “she’s gone now. I think she was using the trees to teleport”.

Mark, another friend from TitanCon (now ‘Fin’) senses my confusion. Leaning over, he whispers, “If you don’t know what someone is talking about, the best thing to do is nod and say ‘indeed’”.

Over the weekend, my nerves and self-consciousness were (slowly) replaced by a growing confidence in playing Storm. This reached a peak during the final battle, during which I fought a mummy, got eaten by a pack of zombies, was ‘paralysed’ by a giant ice monster, teleported by an elf, and managed to go on my death count and get healed no less than 8 times. The atmosphere was electric, with persistent rain really helping to set the mood.

In essence, LARPing is an escape from the mundane monotony of life. We are all stuck playing the character we have created in our real lives; the ‘skills’, the role we have assigned ourselves and our ‘phys rep’s, like fashion choices and hairstyles. It’s an opportunity to create a new character, to act, dress and even think differently. The chance to be somebody else.

So if you’re bored of the usual cocktails by the pool, why not try a different type of holiday next year – a holiday from yourself? I can highly recommend it. 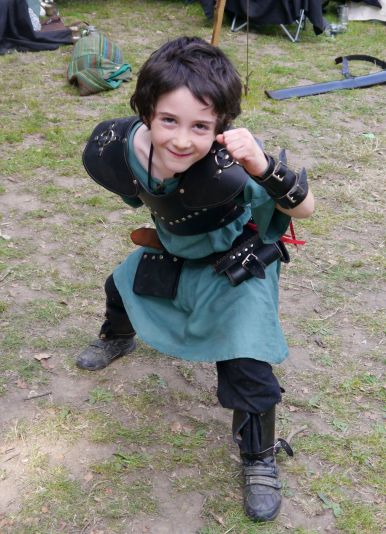 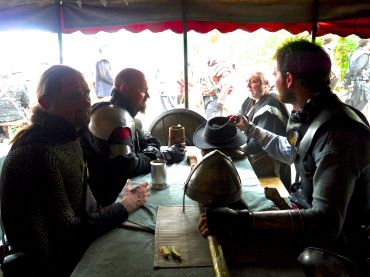 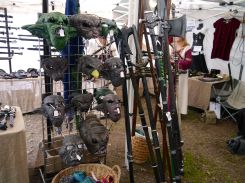 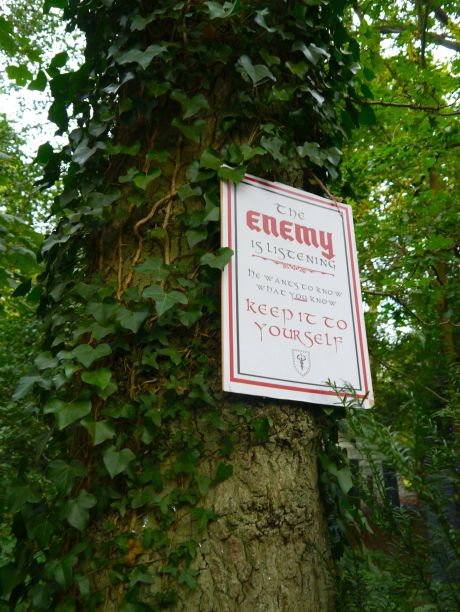 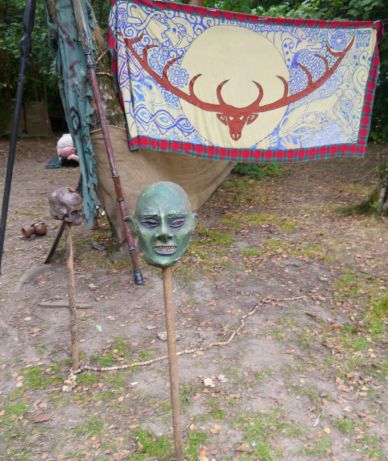 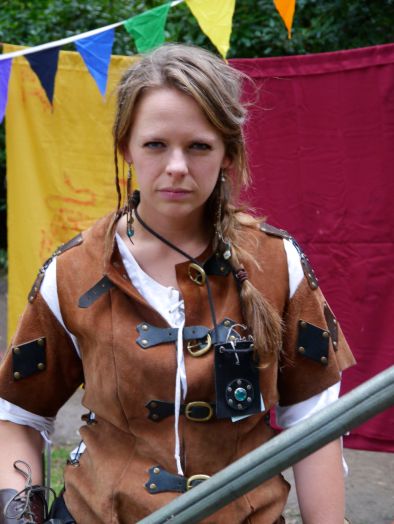 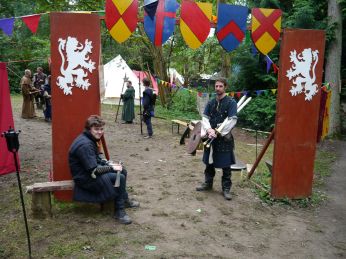 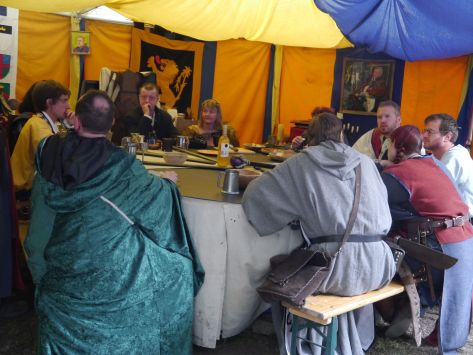 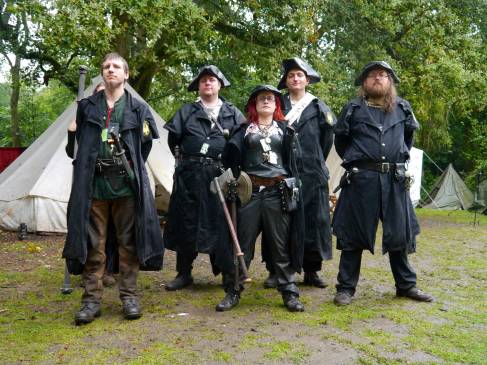 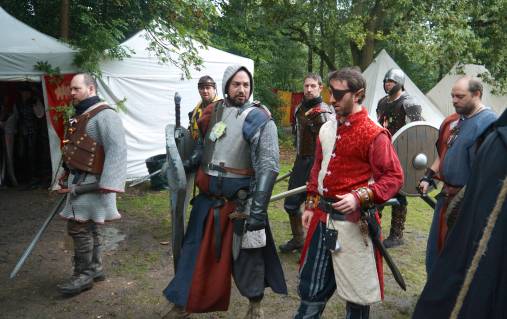 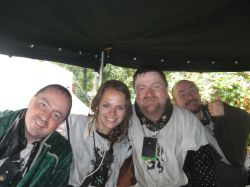 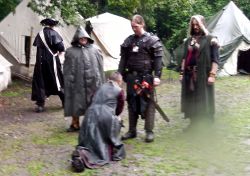 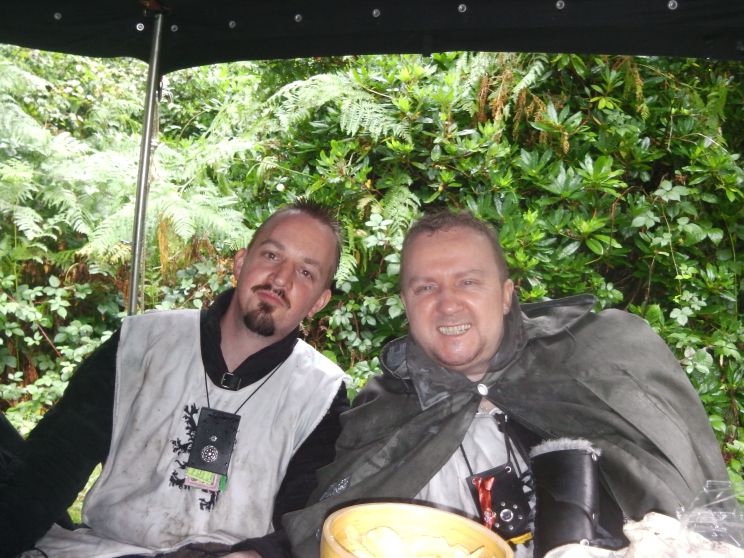